Congratulations on your new recruiting gig. You’re heading up recruiting at a <<insert company type here>>. Could be a fast-growth tech startup, a company that’s been around for a while and decided to expand, or a slow-grower that reached the point where whomever was previously handing recruiting is overwhelmed and can’t do it any longer. […]

Congratulations on your new recruiting gig. You’re heading up recruiting at a <<insert company type here>>. Could be a fast-growth tech startup, a company that’s been around for a while and decided to expand, or a slow-grower that reached the point where whomever was previously handing recruiting is overwhelmed and can’t do it any longer. Regardless, you got the job.

I’ve been in your seat and know what you’re facing and feeling.

Before starting in sales with Comeet, several years before I began evangelizing the magic of collaborative recruiting, I worked in talent acquisition. I spent three years as an agency recruiter and then joined a business intelligence startup as Manager of Talent Acquisition. In this new role as the company’s sole in-house recruiter, I did it all. As it was my first-time running recruiting for an organization, I also learned it all.

<#HumbleBrag>. The recruiting plan that I created and implemented at this startup transformed recruiting from random and ad-hoc to high-performance. I filled 20 positions in seven months, ranging from VP of Channel and Alliances and Dir. of Sales Operations Planning, to Director of Sales Engineering and Individual contributor roles in sales. Cost-per-hire dropped from $23,333 to $3,750. </#HumbleBrag>

It starts with not knowing the lay of the land. From my personal experience and later conversations with hundreds of newly minted recruiting leads, joining a company as its new Head of Recruiting is a journey into the known and unknown.

Trish Bertuzzi, CEO of The Bridge Group, Inc., likens it to waking up in a stranger’s house thirsty for coffee. It won’t be difficult to locate the kitchen. As you enter in search of caffeine, the coffee maker will probably be easy to find. The obvious elements will be visible but the other things you need, beans, filters, mugs and spoons, will be hidden or missing. You’ll have to hunt for them. If the homeowner buys whole beans, you’ll need to find the grinder, too. You’ll have to open a lot of cupboards and drawers to find what you need because more often than not, the unknown will exceed the known.

This is what you’ll almost inevitably walk into as the first recruiter. The first person in charge of recruiting at startups is almost invariably a founder. As hiring velocity rises, recruiting responsibilities usually pass to the Office Manager, which is not generally a positive because recruiting is an addition to an already overwhelmed to-do list. If you’re at a young tech company, you’re probably following one or both of these folks. Expect an absence of the obvious and a situation characterized more like this:

Your new bosses will expect you to replace all of this ad hoc randomness with formatting and structure. Mine did. This is how I focused my attention in the first six months:

You must create a centralized repository for everything. Whether you have an Applicant Tracking System (ATS), use Sharepoint, prefer Google Drive or — for some inexplicable reason — you have to make do with spreadsheets and email, you need a single source of truth for all things recruiting. This includes the obvious stuff like job descriptions, as well as granular information about candidates, including but not limited to; source, time of application, number of interviews conducted, identity of interviewers, feedback and resulting dispositions.

Creating and maintaining a single source of truth will help you map the past, present and future of your company’s source-to-hire activities. Once you begin meeting with people inside your company, you’ll need a place to collect and organize all of their feedback. And when you begin hiring in earnest, a centralized information home will help you hire much, much faster.

My second area of focus was creating lines of communication with all of the stakeholders whose support I needed to be successful in my new role. I reached out to as many people as possible with a lot of questions. Here are just some of my questions:

Gathering answers was a chance to get to know hiring managers and understand their likes and dislikes about the former process. Talking with hiring managers also revealed how they interviewed and the qualities they valued for a successful hire. As you listen to them, you also want to hear them explain why people would take the job.

I hired a spectacularly gifted pre-sales engineer because the hiring manager almost casually mentioned to me that the position did not require extensive travel. This is a big deal and rarity for this kind of position so I included it in some LinkedIn contact with a passive source. What to most people would be an unremarkable fact ultimately produced this fantastic candidate who would have otherwise undoubtedly assumed that ample travel was a requirement, and never entertained my “I’d like to talk to you” intro.

When I was able to gather answers to all of my “what have we done so far?” questions, I created an action plan and proposed it to the founders and hiring managers. The key areas I explained:

Will before I reached that point, though, I prioritized communication.

Your company hired you to deliver a clear business benefit. To make them happy, I believe you need to make sure they are getting the hoped for business benefits. The “Measuring Success” bullet above is critical. Unless you monitor and measure what you do and the outcomes of those activities, it will be extremely difficult to 1. understand if you’re progressing, and 2. keep your job.

I can’t emphasize enough the importance of gaining agreement from all the stakeholders on their priorities and the metrics that will prove whether you’re delivering in those areas for them. Once I had agreement from all stakeholders on the metrics they valued and the criteria of hires they needed, I was able to create a recruiting plan and indicate how I was going to use data to demonstrate progress and success at every stage.

Measurement and attribution need to be central to the implementation of your recruiting plan. This requires that you know which data you need to collect, have a process or ability to collect it and analytical capabilities. Disparate data is not your friend so think about how to bring data together so you can look at the big picture as well as the details.

From Theory to Action

Congrats again on getting this opportunity. My next post will elaborate on how to create an optimized recruiting system that encompasses culture, participants, process, technology and effectiveness. 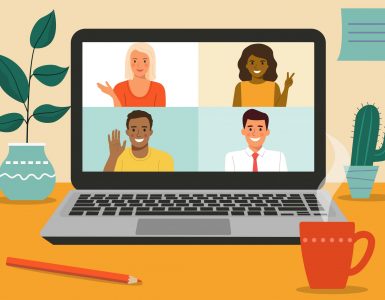 The Interesting Impact of Remote Work on the Hiring Process

There is no arguing that remote work is becoming more prevalent, and in demand by top talent, with that being said, what kind of impact is it having on the hiring process?  A forced pause and pivot & the remote work... 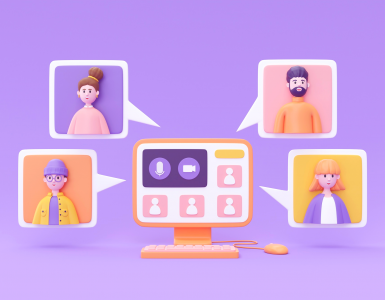 Why Streamlining Your Vendor Relationships Should be a Priority

For some of us, it might not seem all that long ago when organizational downsizing was all the rage. Remember the push to reduce labor costs and increase profitability at the expense of pretty much everything else? If... 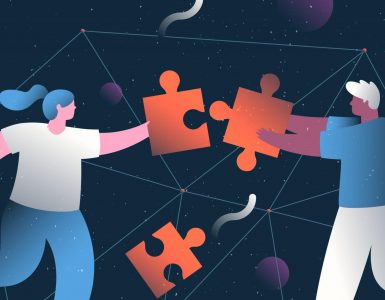 High Impact HR: 9 recruiting Initiatives to do during a recession

A recession or even the specter of economic uncertainty can be a difficult time for any company looking to stay ahead, and it’s natural to want to focus on cost-cutting measures and preserving resources. That...